This month we are commemorating Michelangelo Buonarroti’s 547th birthday with a biography of Michelangelo’s early years and his Vatican statue of The Pieta.

Michelangelo di Lodovico Buonarroti Simoni was born March 6th 1475 (d. 1564) in the Tuscany village of Caprese, Italy. His parents were Lodovico, a poor Florence nobleman, and Francesca, his wife, who died six years later. The family moved to a village near Florence, where they had historical roots traceable to the 12th century. Michelangelo was the second of five boys (of which only one married); as his fame grew, his large extended family, especially his father, required Michelangelo’s extensive financial support.

He hated school and constantly ran away in order to draw and watch artists at work. Apprenticed April 1st 1488 at the Florence workshop of Domenico Ghirlandaio (1449-94), Michelangelo learned the art of fresco painting, cross-hatching, and an appreciation for antiquities (a lifetime fascination!).

Summoned in 1489 to Lorenzo di Medici’s court (Il Magnifico), Michelangelo’s informal education continued as he studied, drew, and created clay sculptures in terra-cotta and wax under the tutelage of Bertoldo di Giovanni – a sculptor in bronze and student of Donatello (1386?-1466). A jealous fellow student broke Michelangelo’s nose, causing a life long disfigurement. He lived as part of the family in Lorenzo di Medici’s household until Lorenzo’s death, April 8th 1492. Lorenzo’s special interests were architecture, poetry, and writing which Michelangelo studied too. Later in life, he became very accomplished in all of these areas. By living in the household, Michelangelo was exposed to the most advanced political and philosophical ideas of the times and he met the most talented and influential people that visited or lived in the di Medici household.

By the time of Michelangelo’s arrival in Rome, June 25th 1496, he had developed commanding artistic skills in drawing, painting, and sculpture. And, because of his extensive studies of Greek artworks and human cadavers, he understood the human form well (especially the male). Also by then, he had created numerous artworks of various sizes (unfortunately most of which are lost or unidentified). One was a life-size Cupid made to resemble a Grecian antique which he passed off as an antiquity in order to make more money. His skills were so advanced at this early age that his deception was at first accepted as a true ancient work! It was purchased by Cardinal Raffaelle Riario in Rome. Later, when the deception was discovered, Riario sent for Michelangelo. So, at the age of 21, Michelangelo was in Rome with a new commission from Cardinal Riario for an 80″ high Bacchus, which was mostly completed by early 1497.

Later that year, Michelangelo chose his marble in Carrara for his next major sculpture commissioned by the French Cardinal of Saint-Denis, Jean Bilhères de Lagraulas. He wanted a Pietà made for his own tomb, which was to be at the ancient basilica of St. Peter’s. The formal document was signed August 27th 1498. Jacopo Galli, acted as guarantor and wrote that the Pietà would be “The most beautiful work of marble in Rome, one that no living artist could better.”

The Pietà was to be a draped Virgin Mary, with the dead Christ in her arms, with Christ as large as an average-sized man. Michelangelo was to be paid 450 gold papal ducats with an initial 150 before he began and followed by 100 for each of the three quarters throughout the year, which was the agreed upon time for completion.

Michelangelo finished it just short of two years in 1500. Because of Cardinal Jean Bilhères de Lagraulas’ death, he was not able to see the completion of the most important artistic commission of the Age.

The subject matter of the Pietà originated in Germany during the 1300’s and gradually spread throughout France and Northern Europe. The artworks called the “Vesperbild” had a representation of the seated Madonna holding Christ’s body across her lap. Sometimes, the works were paintings, but usually they were small sculptures that had been carved out of wood or made out of terra cotta. In comparison to Ancient Greek and Southern European sculptures, the Northern works looked primitive and awkward without realistic considerations for human forms or weight distributions.

Also, in Northern works, suffering was usually quite evident, especially through the portrayal of pain, which had always been connected with the idea of redemption.

Michelangelo’s Vatican Pietà was technically brilliant. For speed he used a drill, which on later sculptures he abandoned for a claw chisel. The Pietà was polished several times, creating a sheen, so that it is difficult to realize this “work of art” originated as a block of stone. Since it was designed for the Cardinal’s tomb, the 69″ high Pietà was worked in the round; and, it was intended to be viewed from the front and at ground level.

The inventive triangular composition conveys grandeur. Mary is seated upon the Rock of Golgotha, which had supported Christ on the cross. She is extensively draped in clothing and her body is large. If she were to stand, she would be seven feet tall. Her hands are very expressive, with her right hand holding and cradling Christ, while her left hand is extended gracefully. Mary looks down slightly at her son and her face conveys youthfulness, serenity, and composure.

The representation of Christ fulfilled the Cardinal’s requirement ‘that he be the size of an average man.’ Michelangelo’s understanding of anatomy is well demonstrated by Christ’s realistic body which slumps gracefully across Mary’s lap. Instead of Christ’s body showing distortion from hanging on the cross, Michelangelo chose to show perfection and the beauty of the human form.

As reported by Francisco de Holanda, in direct speech, Michelangelo told Ascanio Condivi, the biographer, about the beautiful Pietà in Rome, of which some people had remarked reproachfully that the mother looked too young in relation to her son. Michelangelo explained:

‘Don’t you know that chaste women remain far fresher then those who are not chaste? So much more the Virgin, in whom never has the least lascivious desire ever arisen that might alter her body… This was not necessary in the Son; rather completely the opposite; because to show that, as he did, the Son of God took a completely human body…there was no need for the divine to hold back the human.’ – Michelangelo

The unfinished Pietà was installed in the chapel of Santa Petronilla in old St. Peter’s for the Holy Year Celebrations of 1500. Michelangelo continued working on it as large audiences gathered to watch him at work. The Pietà was a major attraction and his fame spread throughout Christian Europe as the pilgrims returned home. One day, he overheard a conversation in a group of visitors. One person said to another that the marble had been carved by “our Gobbo from Milan” (possibly Cristofero Solari, who was one of several artists in that family). Soon after the incident, Michelangelo returned to the chapel at night, and with just the light of a candle, carved his name in beautiful ornate Roman lettering in Latin on the band running diagonally across Mary‘s chest (see picture below). Later, he regretted his actions and never signed another piece of sculpture.

The Pietà was never placed in Cardinal Jean Bilhères de Lagraulas’ tomb as commissioned; and the sculpture has been moved several times. Currently, it is in the first chapel on the right in St. Peter’s. In 1972, a crazed man attacked the statue with an instrument and did extensive damage to it. The Pietà had to have major restoration, which took several years, before it was placed back in the chapel. To help prevent damage occurring again, today, it is behind a thick glass barrier.

547 years is a very long period of time for an artist to be revered and his artworks so well appreciated. Such is the case for Michelangelo Buonarroti. His early works Pietà and David, helped to usher in the Italian High Renaissance age. They were considered masterpieces then, just as they are today. Continuously creating art–sculpture, architecture, painting, drawing, and poetry–throughout his long life, Michelangelo was still sculpting six days before his death on February 18th 1564, just fifteen days short of his 89th birthday. Fortunately, most of Michelangelo’s mature works have survived, so that we and future generations can appreciate the genius of the man and the splendor of his work created some 500 years ago. 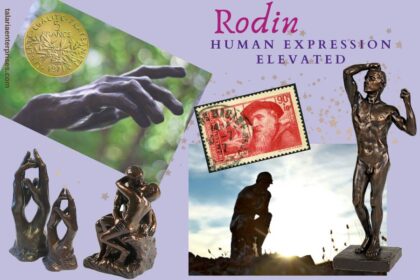 Driven by learning, teaching, and culture for 25 years online, Talaria Enterprises sells museum reproductions to travelers, museums and schools around the world. Will you time travel with us? Our shopping store is Museumize.com.

Looking for spiritual renewal? We cherish many rel

Dreaming about the Mediterranean? Tuscany on your

Wall tapestries are a beautiful way to add depth t

Wall sculptures add texture and oomph to your wall

From the early Greek societies of the Cyclades and